Is The Under Desk Cubii Junior Elliptical Exerciser Better Than A Bike? 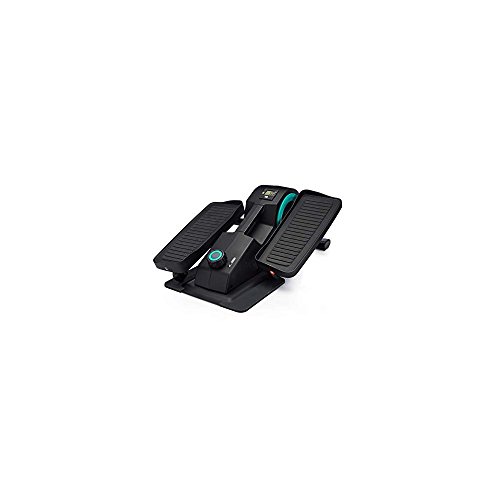 Typically, the term under-desk pedal exerciser would relate to some basic exercise bike but that isn’t the case with the Cubii Junior Elliptical Pedal Exerciser.

Instead, what you get here is a form of an under-desk elliptical machine. It looks like an interesting approach on first impressions because of the design, low profile and promise of an effective session.

The Pros and Cons of this Cubii Pedal Exerciser

There is some nice attention to detail with the hardware and software of this Cubii Junior Elliptical.

The first benefit here is the design and motion of those pedals. On some machines, you don’t get that much support from the pedals. They are just small, basic bike pedals.

Here there are angled footplates that are similar to those seen on professional elliptical machines. This means that you get the stable footing and the grip to complete the same sort of motion. From there, you just have to switch between the eight resistance settings to get the workout that you are after.

The elliptical motion of the system also means that you don’t have to lift your knees in the same way as you would an exercise bike. Therefore, you don’t risk hitting the desk and it is low impact for bad joints. 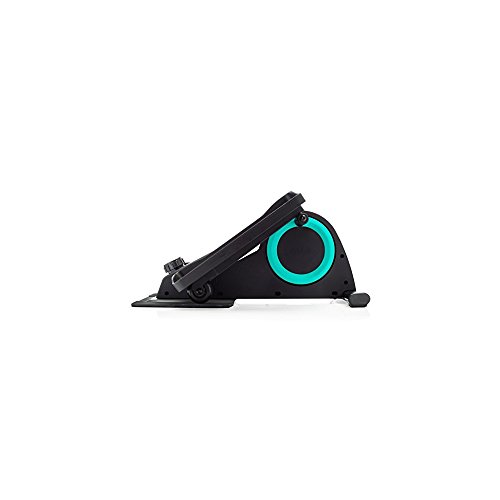 Another great thing about this exercise machine is that you can track your progress on the on-board computer. Not all under-desk cycles allow for this so there is a better chance of tracking goals as you work.

You can see the time that has elapsed, the number of strides, RPM and the calories burned. This way, your daily session can have more of a purpose with new records to break.

Finally, this all comes in a machine its in more compact than you might expect. The low-profile design and small casing on the system mean that it can sit nicely under the desk without getting in the way.

Fellow colleagues in the office aren’t going to be distracted by lights and displays from a large machine. It would also be easy to store away if it weren’t for one of the downsides below.

The weight and noise of the Cubii Junior Elliptical Pedal Exerciser could prove to be negative factors compared with some under desk bikes.

One of the possible downsides here is the risk of noise. There is one Amazon reviewer that likened the sound to that of a sewing machine.

While this may have been an exaggeration, it raises questions over whether it would disturb any colleagues if you were to use this in an office environment. The issue isn’t quite so bad at home, but it might disturb some people if you use this while watching television.

Another consideration here is the weight. Many people will turn to this machine as a sort of rehabilitation device for leg injuries or other issues with their knees.

While it does provide the right motion, the machine is solid and heavy. Some struggle to pick it up and move it into the right position while they workout. This might be a limitation for those rehabbing independently.

On the plus side, this does mean that it is unlikely to shoot off in the wrong direction on a hard floor. Some cheap under desk bikes aren’t quite as stable.

Is this Cubii Under Desk Pedal Exerciser still recommendable with this in mind?

While there will be some older users that will struggle here because of the weight, there is still a lot to like about this product. The motion and low impact of the pedals are enough for a gentle workout and rehabilitation.

Yet, there is a chance to increase the resistance and log your progress to take things a little more seriously. Therefore, the Cubii pedal exerciser is still recommendable as a great alternative to the more basic under desk exercise bike.